Pan and the goddess

Since visiting Pan's Garden, my great grandmother's former house in 2019 I have been haunted by her search for Pan. She was part of an early turn-of-the-century eco or anti-urbanisation movement for whom Pan was an important figure, alongside people like Kenneth Graham (see the Pan chapter in Wind in the Willows) and E.M. Forster (who wrote about Pan and Panic in short stories).

I began reading about Pan and also the early Sumerian version of him Dumuzi (Tammuz) who was the young shepherd lover of the early Mother goddess Inanna. There is surviving poetry written about their love affair and marriage in cuneiform. He became a god of fertility, played the pipes, but ultimately let her down when she descended into the underworld and he did not grieve enough. She punished him, sending him to the underworld in her place. He was restored but fated to spend six months in the underworld alternating with his sister, a myth explaining the seasons. The rising sap, the sacred marriage, and prayers for grain milk and cattle are all associated with him.

On Saturday 2nd November 2019 a perfomance called Capillary Tissues was held at APT Gallery as part of Deptford X. Charlotte Law, Lia Mazzari, David Bloor, Philip Maguire and Mark Lyken wore sculpture and costumes I had made while they performed their improvised sound pieces. In the transition between pieces the audience brought offerings of rushes and wooden goats from the first perfomance space into my studio for Pan and the goddess who I had recently painted on my wall. Charlotte transformed from Pan into the goddess (a character based on a dream) while Lia became the male fertility god in a costume with a bulrush root and balls of stones, she led the audience out into the yard for a session with her bull whip. 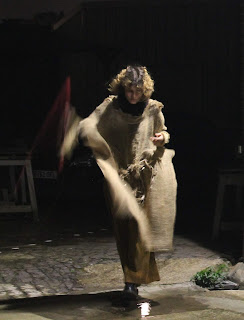 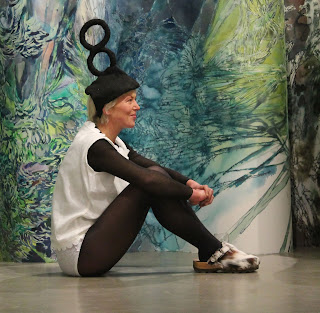 In the Summer of 2019 I began physical or visual research and spent many hours in fields drawing  goats and became transfixed by the transformation from four legged to two legged creature which happens when they stand to pull branches down to eat. 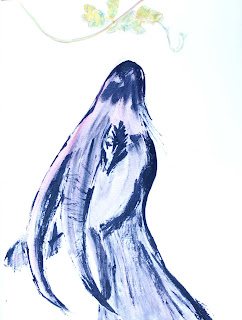 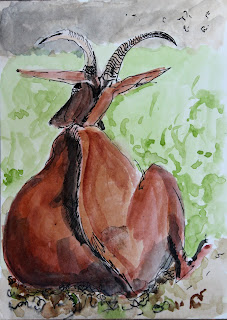 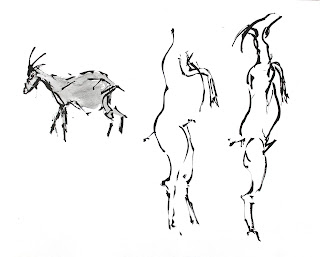 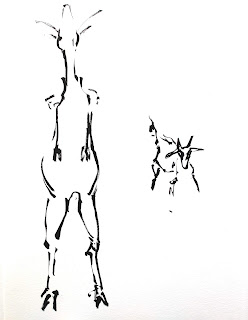 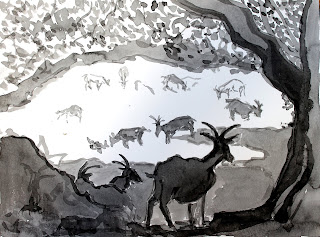