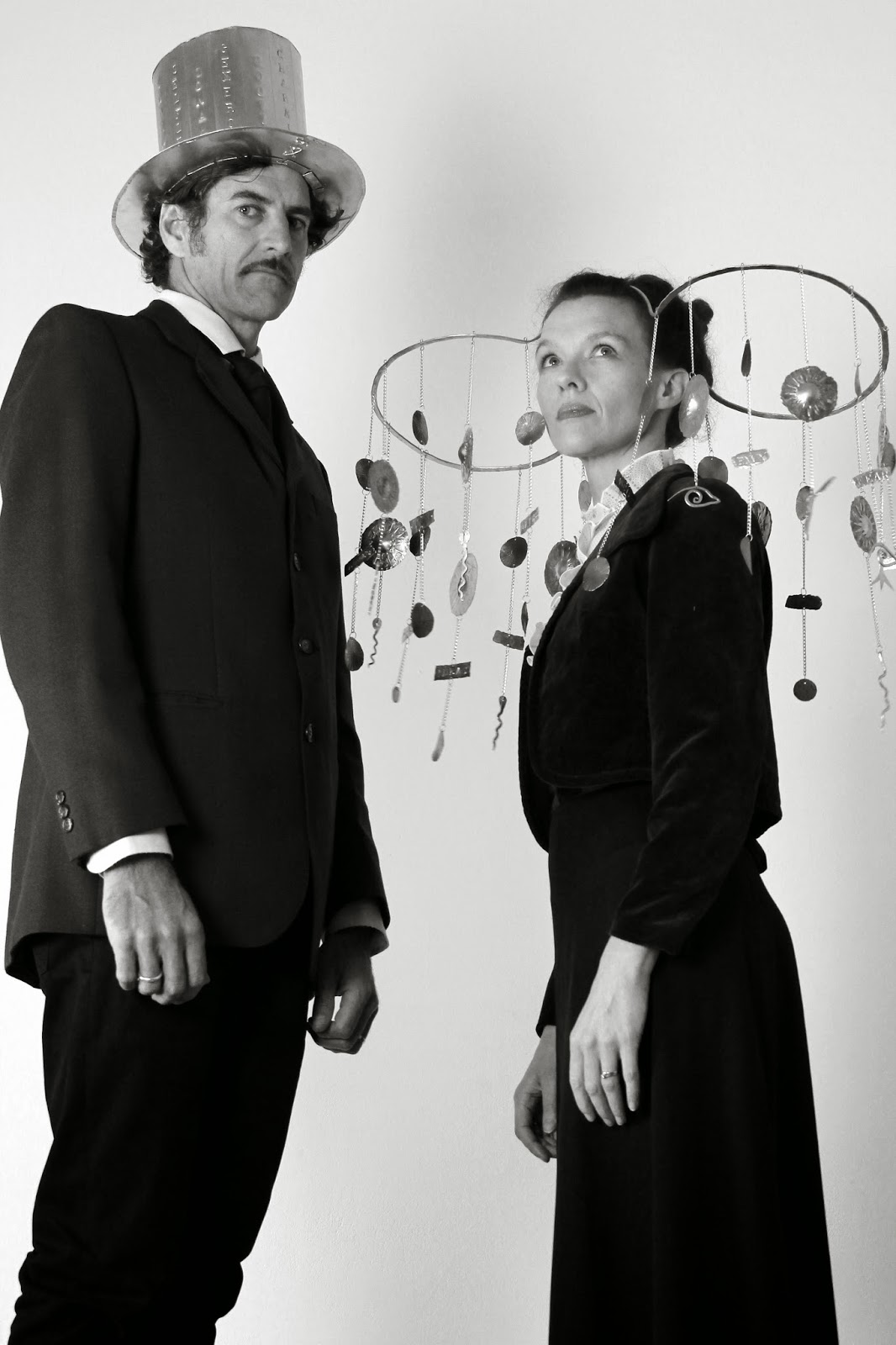 The Wedding is a pair of sculptures: Wedding Crown and  Top Hat. An animation The Wedding records interactions with them. The sculptures were made in response to several sources: The Woman in White by Wilkie Collins (written in 1859);  traditional wedding crowns in Norway and Sweden (there is an example in the V&A Museum London); historical Scandanavian photographs of couples wearing them, with some very ambivalent feelings expressed on their faces; and the surprising discovery that during the 'Age of Liberty' 1718 - 1771 some women in Sweden had the vote, which was then lost with a new constitution in 1771. In 1862 some women were allowed to vote in municpial elections, but this excluded married women who were under the guardianship of their husbands. In 1919, after a hiatus of 150 years, all women over 21 were allowed to vote in Sweden (see wikipedia). See more in the full interview with Matthew Goodsmith at the bottom of the page. 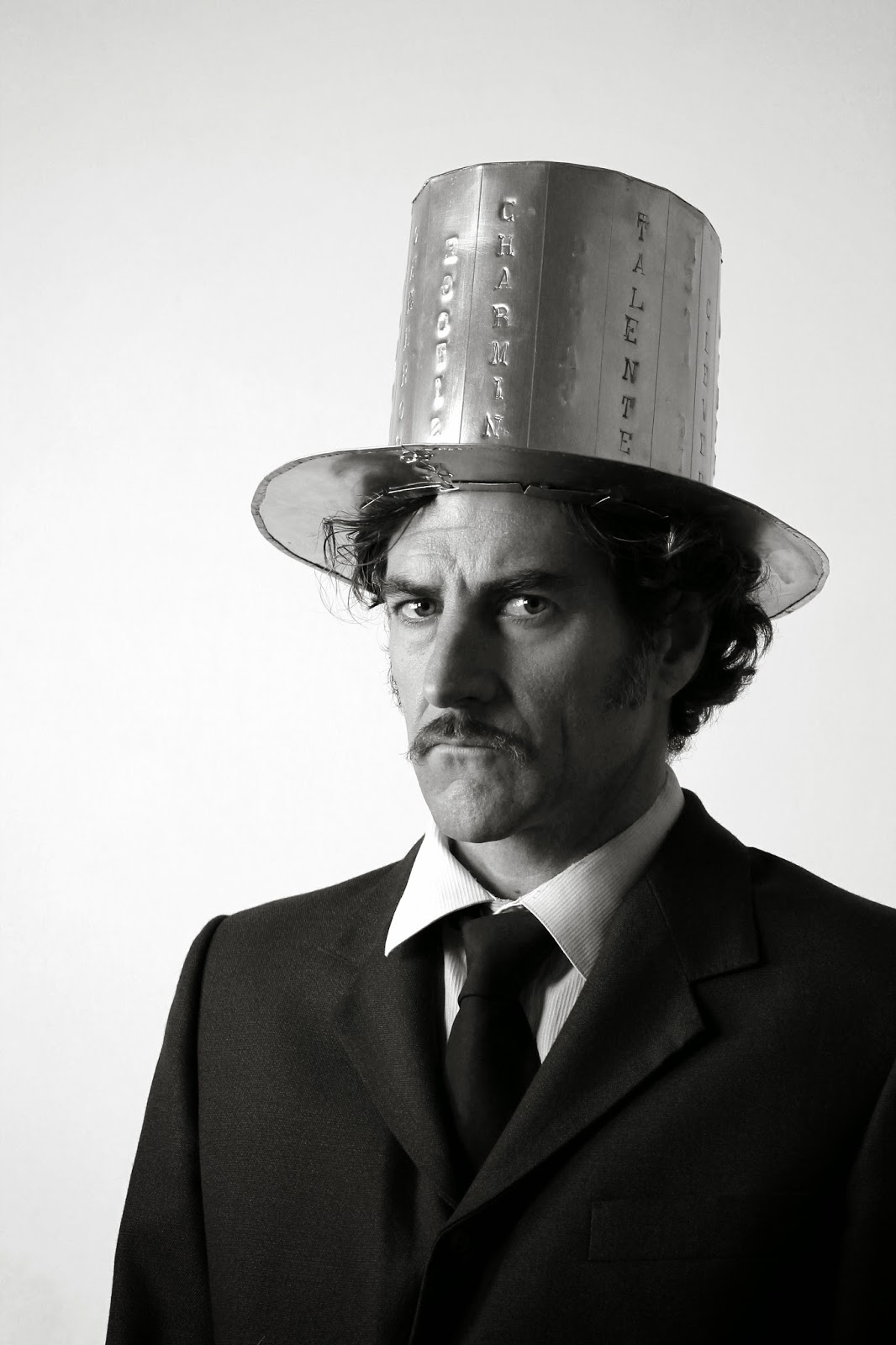 Top Hat is made of aluminium, brass and silver with words stamped into it using Victorian engineer’s letters. These describe the wearer, with overt characteristics on the outside and hidden ones on the inside, readable in reverse. 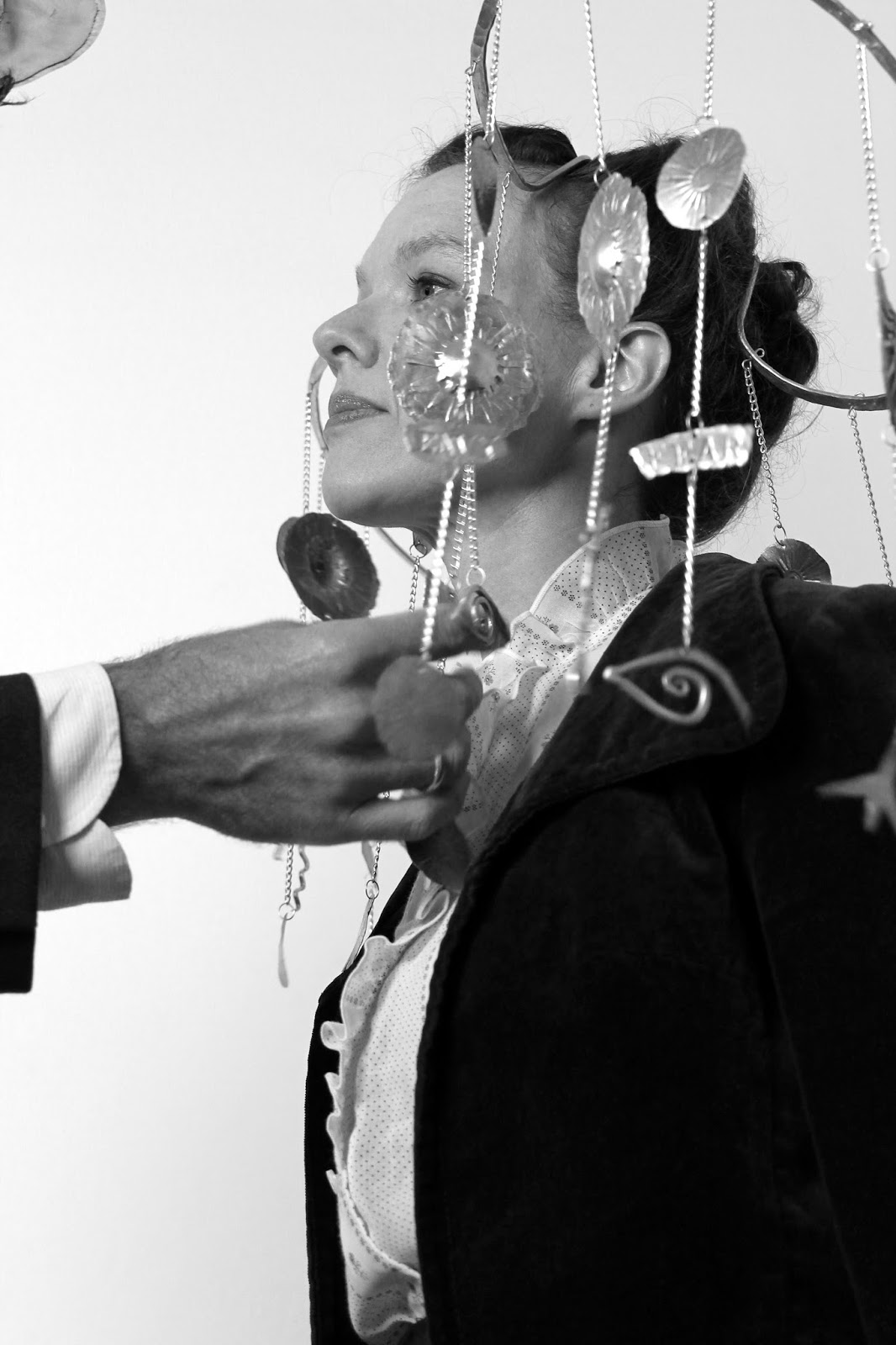 Wedding Crown is made of aluminium, zinc, steel and silver. It has many amulets and charms on it with words stamped onto small plates, again there is a duality and ambivalence expressed in those words. These are the things they have yet to discover about each other. Wedding crowns and attire all over the world often had magical symbols to ward off envy, silver was used in particular. 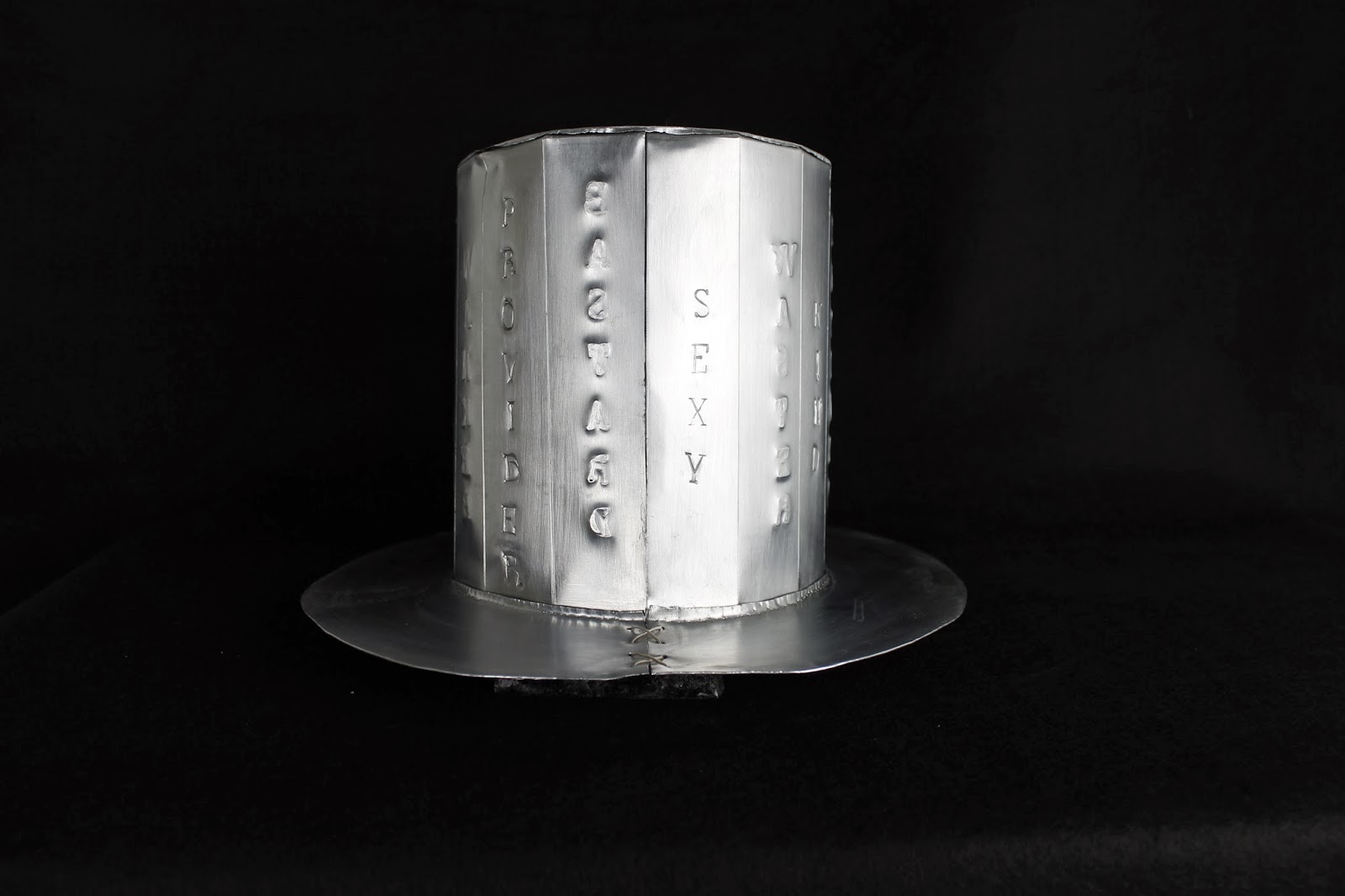 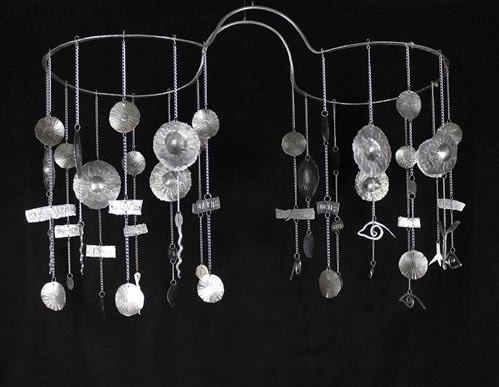 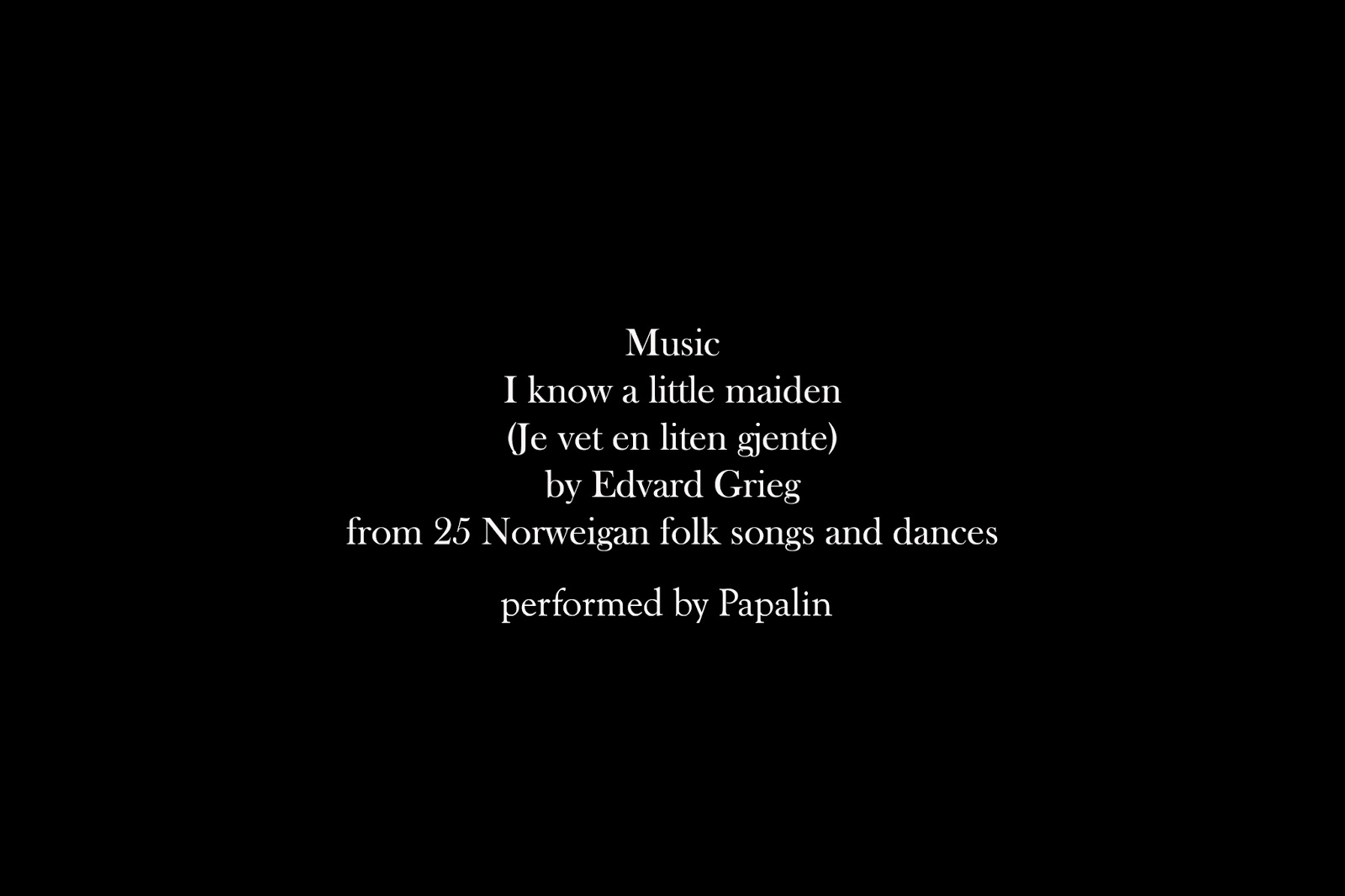 With thanks to Rebecca Boucher Burns and Benjamin Burns and Papalin.


From Occupy My Time Gallery
CONVERSATIONS ABOUT ART WITH THE ARTISTS